Giro technique…it can be tough but we will smoothly get through it… 😉
In our previous post https://bautanz.com/2019/03/20/music-sensing-feeling-and-action/ we were looking at rhythmical explorations.
We used rebounds, walks and ochos and tried to figure out how these three elements, these basic Tango elements, can help us create something special on the dance floor.

These very elements though, we can find them in giros and naturally… this is what this post is about… Giro technique!

If you have been in Tango for some time you’ve probably been taught the giro step following this basic rhythmic pattern: quick quick slow slow

And the truth is that this pattern even though we don’t HAVE to necessarily follow it, works quite smoothly; it has a nice flow to it and that is why we are not going to be changing that rhythm today. We’re only going to be exploring it further…

The transition between quick-quick and slow, slow…

I think an image here can help us a little bit with his exploration.
Imagine a rainbow and on one end of the rainbow we have black and on the other end we have white and in between we have all the colours, every colour possible.
Our transition is THAT rainbow!
On one edge of the  of the rainbow will be the “quick” part and on the other end will be the “slow” part.
In variation #1 we will stay closer to the quick edge of the rainbow while in variation #2 we will move closer to the slow part. As we switch between the two, we will notice the colours in between and how our perception of them changes as we transition

If you are a beginner in Tango and you don’t know the giro step yet, then I would recommend that you watch the whole video from beginning to end and then just start practicing the step itself without worrying about the rhythm at all.
Don’t worry about the quick- quick ,slow, slow, just do the footwork and once you feel more comfortable with the with a step itself then you can move on to exploring the variations
If though you are familiar with the giro step I would encourage you to start from the END of the video from the very last exercise that focuses solely on the transition itself and then make your way through variations 1 and 2

Another vital transition for the giros, is the transition from standing on 2 feet to balancing over 1 foot and vice versa
This transition hides a lot of habits, good and bad. And of course good habits are more than welcome…haha… the bad habits on the other hand we want to notice them and hopefully through our practices replace with more efficient ones

So here are some extra tips that can help you this video:

Hands to Ribs – A top-to-bottom practice

One of the most common mistakes we make in giros is skipping or pulling through the preparation phase; the phase where we are still transitioning from one foot to the other but we know there is a pivot coming and so we are preparing your body for the pivot; those very few seconds before the pivot happens.

What we will be doing in this video is acknowledging first of all that in-between stage, finding within our giro step.

Soooo that is all folks, at least for today. Giro technique right before the weekend milongas, perfect! And if you loved this and you want more, join the community of Bautanz!
I share a video every Wednesday… 😉

Chrisa
P.S: You can also check out our online classes: https://bautanz.com/intelligent-tango-programs-and-courses/

“I think tradition is something living not something dead. It is the opposite of habit (…) It is not a habit; If a tradition is alive, it is a living thing and it helps.
That is one side. The other side is modernism;
Modernism is the result of an area of experiences. And one has to grow his way, so to say, in this field which is more or less unknown, un-proved and un-checked.
So I don’t see why the two things should be opposite; They both belong to life” Giorgos Seferis

We were about to kill ourselves!

In milongas, practicas even classes around the Tango world there is this debate on what kind of music should be played–traditional Tango or Tango Nuevo?

With the underlying question being, which one is the authentic Tango; the REAL Tango?

For years, I had a role in this game…
In the beginning, I was defending the Nuevo music bands, like they were my own…haha
You see… I had learned Tango listening to those very bands; and though I became a great defender of traditional later I have to say, on THAT music… I learned Tango well, VERY well!

And so maybe that was why I was saying things like:
“The beat is a lot more clear than the traditional songs” or
“This is the kind of music younger people can connect to” or
“This is 2000 and 8!” (all this was me, but maybe it was you too)

Then, slowly I started reading about the music, the roots, the tradition, the history of Tango. I got to learn and later understand and love that very tradition which in the past, I had so easily pushed away.

But I hadn’t learnt my lesson…
Yet again, now on the opposite side, I defended traditional Tango against Tango Nuevo…haha…
Saying things like:
“You have to learn the tradition, you have to at least attempt to understand what created Tango” or worse
“This isn’t even real Tango, it is club music” (all this was me, but maybe you too)

Now, I am asking myself, why..? Why do we have to choose one versus the other? Is this even a logical and healthy debate? Why can I NOT like both?

Tradition & Modernism — “They both belong to life”

When I heard this very old interview of Giorgos Seferis two days ago, I saw more clearly the answer to the questions above.

He says: “I don’t see why the two things should be opposite; they both belong to life”

Why waste time debating between traditional and Nuevo music when we can spend that time to discover and enjoy good music
And why debate over which is the real Tango when we can instead learn the tradition and explore the endless creative options we have in a modern society.

But most importantly instead of creating more and more separation in our communities why not work together to explore and learn from the past and take the tradition further by keeping it alive; by giving it new shape and breath; and most importantly by sharing it

(Photo by karurosuros on Trend hype / CC BY)

For the Love of Tango…

Tango is a difficult dance BUT it shouldn’t take you ages to start having enjoyable, creative and fun dances.

Join our community and we can get there together!

We promise no spam, or junk… Only winning material…

You want to practice BUT you're not sure how to get started?Lets practice TOGETHER! 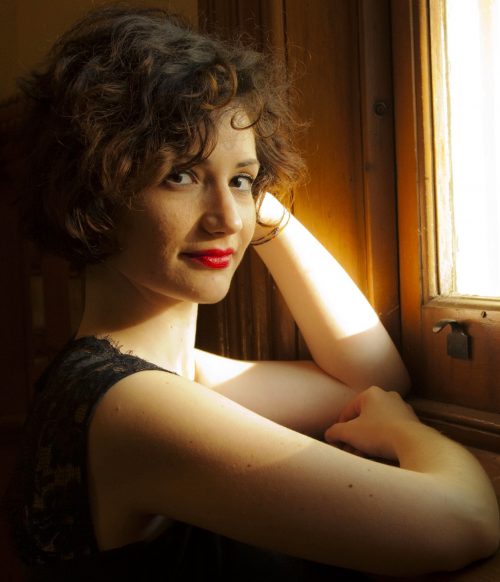 No spam, no overused rules repeated, no time wasted, no partner needed AND no more NO's but more Yes's

This Site Is Protected By
Shield →